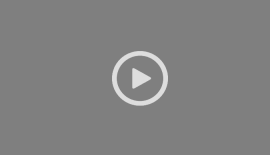 There never quite seem to be enough bunny girls in the world, so here is another for you aficionados out there.

This 2D sidescrolling exploration platformer follows the adventure of Erina, whose humdrum life as a regular rabbit is turned upside-down when she finds herself in an unknown world and turned  a human (with rabbit ears)!

Along the way she meets the cheerful pink-haired fairy, Ribbon, who mysteriously chooses to stay by Erina’s side.

These unwitting heroes embark together on their quest to restore Erina’s life to normalcy, but who knows what

troubles lurk, waiting for them…

Rabi-Ribi is a 2D exploration platformer that focuses on non-linear gameplay. There will be hints to guide the player along,

but they’re never required to follow them, which allows for much greater freedom to—you guessed it—explore.

Players will play as our protagonist Erina, who focuses on close quarters combat. Ribbon the fairy is the ranged attacker who follows Erina’s lead, indirectly controlled by the player.

Erina may be a little rabbit that was turned  a human, but that doesn’t stop her from being capable of some pretty neat moves.

that are spread throughout the world.

What trinkets and skills to pick up is up to the player; dare you challenge hard mode without any items? 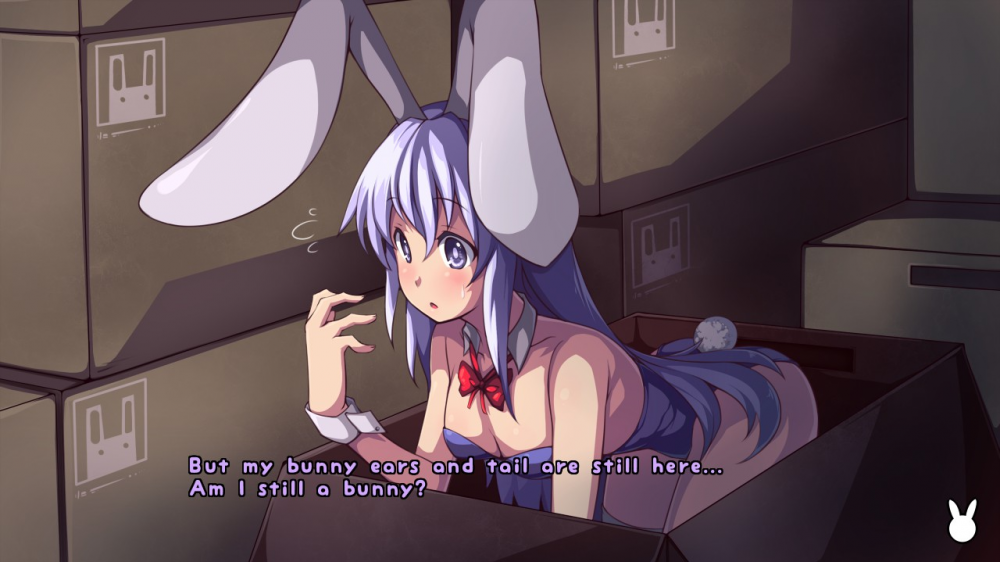 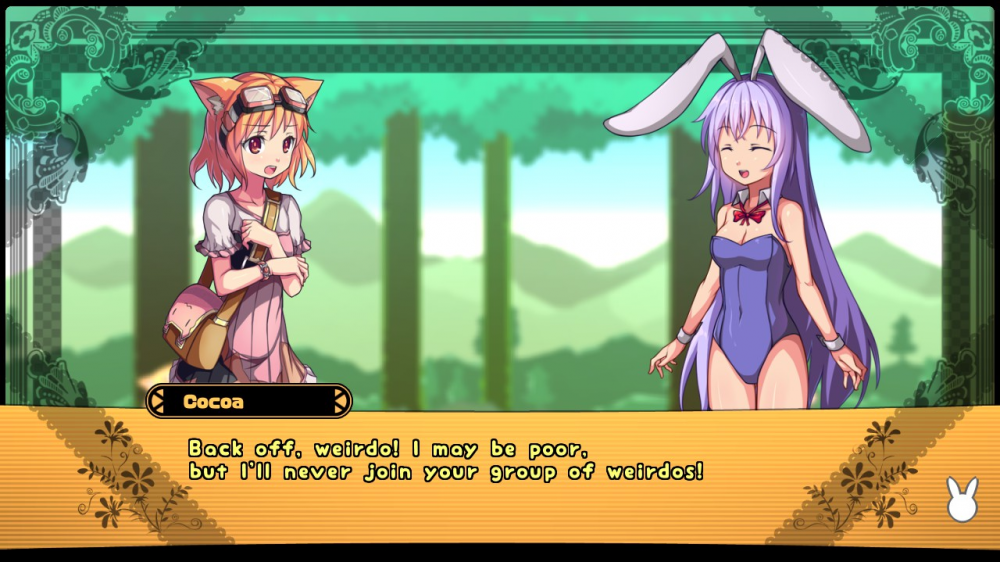 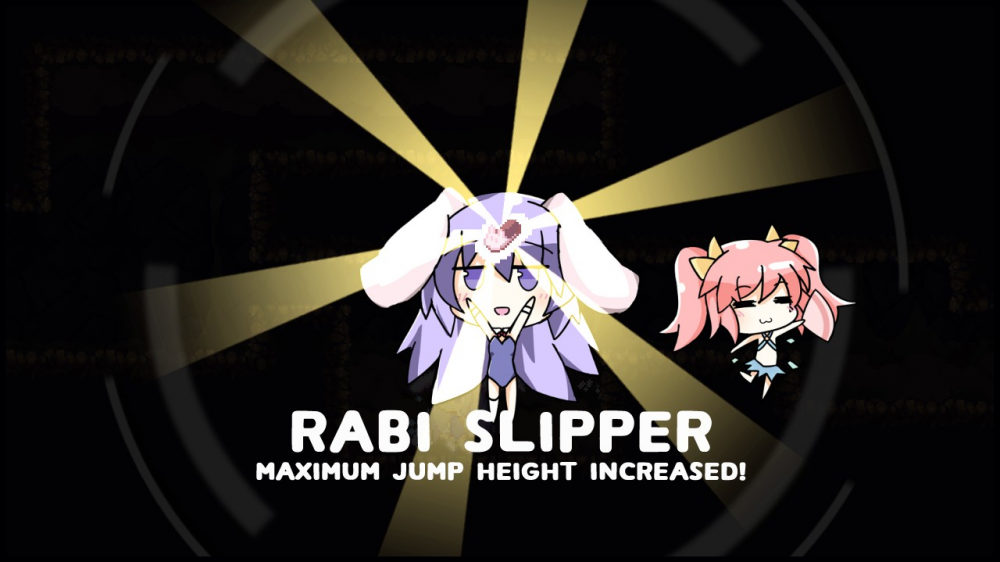 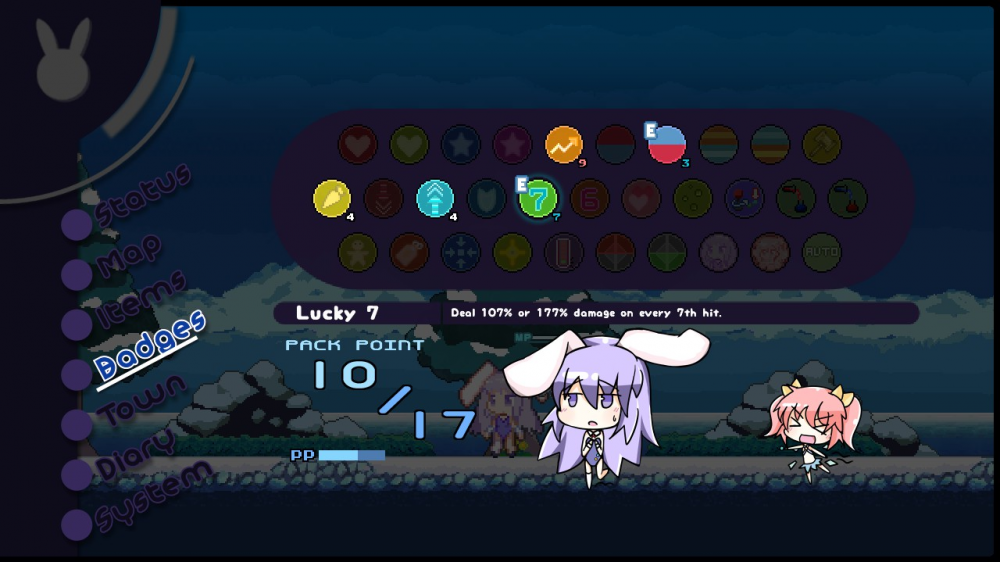 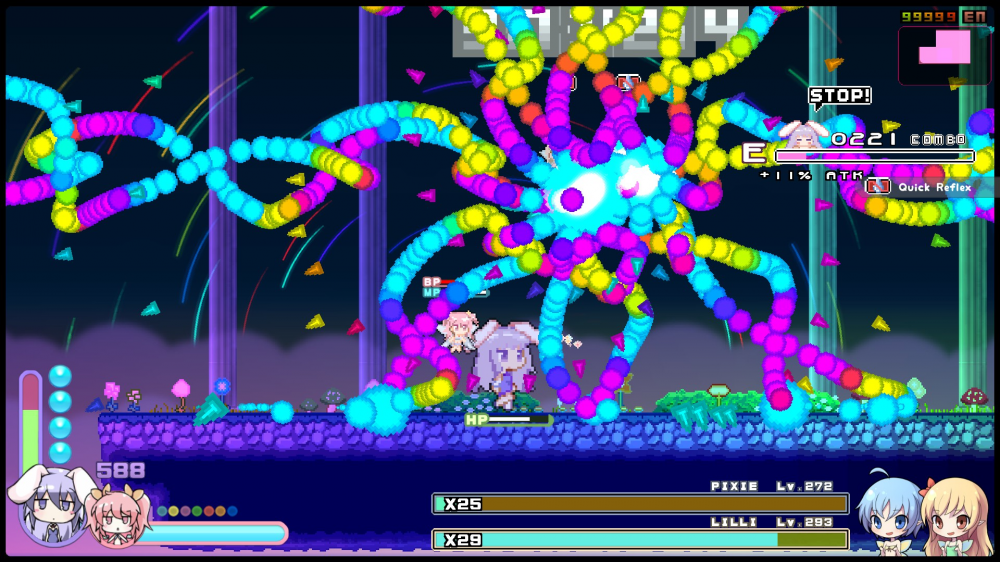 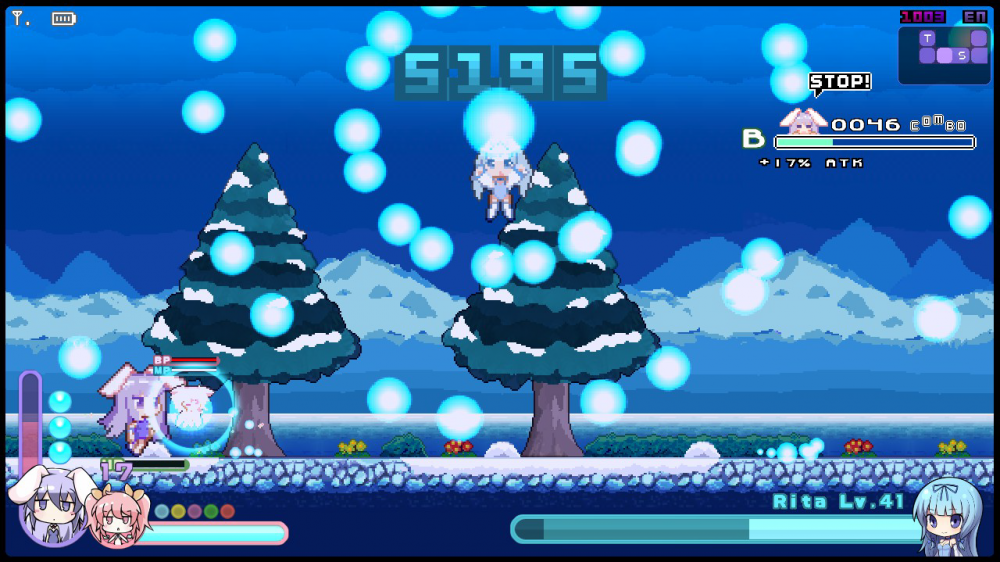